A Golden Age of Popes 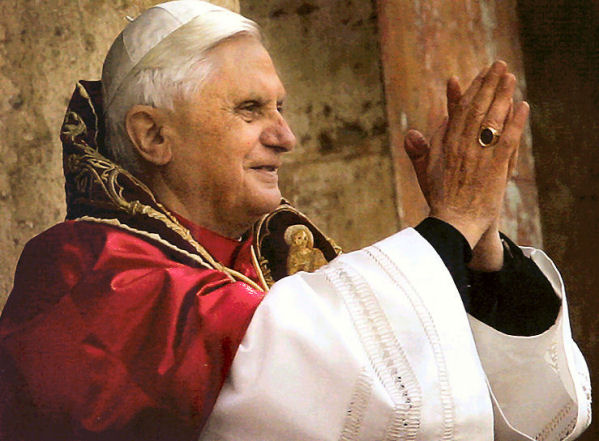 Fr. Sanderson and I have been sharing the duty of teaching candidates for the vocational diaconate (sometimes called “permanent” deacons, like our own Deacon Smith, as opposed to “transitional” deacons who will in due course be ordained to the priesthood) in the Diocese of South Carolina, which has been a bit of work but a great pleasure, because we – I think I can speak for Fr. Sanderson here – enjoy both the subject and also the students.  Over the past couple months, I’ve had the pleasure of talking with the students about the church from the end of the western Roman Empire through the medieval period.  And of course a great deal of that history focuses on the successive bishops of Rome, the Popes.  So we have encountered men such as Pope St. Gregory the Great (540-604), a man in whom holiness of life, learning, evangelical zeal, courage, humility, and above all love were combined in such a way that the appellation magnus – “the Great” – hardly does him justice.  From that height we descended all the way to Pope Alexander XVI (1492-1503), a warmonger of whom it was said that he publicly and brazenly reveled in all the deadly sins except for gluttony, for he suffered from chronic indigestion, poor man.

Reacquainting myself with this turbulent history (and how could expect the history of the successors to the See of Peter to be anything but turbulent?) has caused me to be thankful for the particular historical moment in which we find ourselves.  To be sure, there are wars and rumors of wars, the economic forecast  is dark with a chance of black, and there is no need here to list instances of social and artistic debasement in a culture shorn from its religious roots as, all the while, the Church bleeds from self-inflicted wounds.  But, for all that, the fact is we live in a golden age of popes.

Blessed John Paul II is a hero for this or any age, shining the clear and clarifying light of the Gospel on to the dehumanizing ideologies of Nazism, Communism, Secularism, and our own American consumerism (which, every bit as much as Communism, threatens human dignity and freedom by reducing men and women to means to be used rather than goods to be honored).  And he did this not just by his teaching, but in the example of his own life in which he personally, fearlessly, and at great cost embodied that liberating Gospel light.  Both the Gestapo and the KGB had thick files on John Paul.  For his history in the midst of the roiling totalitarian ideologies of the 20th Century, I cannot recommend too highly George Weigel’s two-volume biography:  Witness to Hope and The End and the Beginning.

Less dramatically but just as powerfully, Pope Benedict XVI is placing the stamp of Christ’s love on the Church in our time.  The theologian Bruce Marshall recently had this to say about the Holy Father:

…In his actual exercise of the Petrine ministry he more resembles Gregory the Great than that other ancient saint who is his namesake. Leading a twenty-first-century Church much diminished in power and influence throughout Europe, Pope Benedict XVI manifests a similar trust in the renewing power of the gospel, devoting much of his papacy to a persistent effort of clear, precise, and attractive teaching that seeks to transmit rather than innovate, to inform rather than speculate. As pope, the former professor of theology has been above all a catechist.

In countless public presentations he has spoken in plain terms of the prophets and the apostles, the Fathers, saints, and doctors of the Church, confident that their insight and example will prove pertinent to his twenty-first-century hearers. (During the summer of 2008, I heard him talk for close to half an hour, at a Wednesday audience under the warm Roman sun, of the historical and contemporary significance of Isidore of Seville.) In the many books gathered from these theological talks, in book-length interviews before and after becoming pope, and in his homilies, encyclicals, and apostolic exhortations, Benedict XVI has striven to teach the faith to a generation that, within and without the Church, is confused about it, puzzled by it, and hostile to it—to the generation of barbarians among whom most of us must, to some extent, also number ourselves. (First Things, October 2011)

For an entry into the thought of this papal catechist, one could do no better than to begin with Benedict’s two-volume Jesus of Nazareth [now three volumes].  Or, this being the age of the internet, nearly every word which proceeds from his mouth or pen is readily available via the magic of the web.  The Vatican of course has a website (vatican.va), but I find an easy to use site is the news site Zenit (zenit.org).  I often go there to read the Pope’s homilies, and thus to get a “second opinion” (usually as a corrective to my own).

We live in a golden age – don’t let it pass you by!